The Hierarchical Vote Collective of Transformation-based Ensembles (HIVE-COTE) is a heterogeneous meta ensemble for time series classification. HIVE-COTE forms its ensemble from classifiers of multiple domains, including phase-independent shapelets, bag-of-words based dictionaries and phase-dependent intervals. Since it was first proposed in 2016, the algorithm has remained state of the art for accuracy on the UCR time series classification archive. Over time it has been incrementally updated, culminating in its current state, HIVE-COTE 1.0. During this time a number of algorithms have been proposed which match the accuracy of HIVE-COTE. We propose comprehensive changes to the HIVE-COTE algorithm which significantly improve its accuracy and usability, presenting this upgrade as HIVE-COTE 2.0. We introduce two novel classifiers, the Temporal Dictionary Ensemble (TDE) and Diverse Representation Canonical Interval Forest (DrCIF), which replace existing ensemble members. Additionally, we introduce the Arsenal, an ensemble of ROCKET classifiers as a new HIVE-COTE 2.0 constituent. We demonstrate that HIVE-COTE 2.0 is significantly more accurate than the current state of the art on 112 univariate UCR archive datasets and 26 multivariate UEA archive datasets. 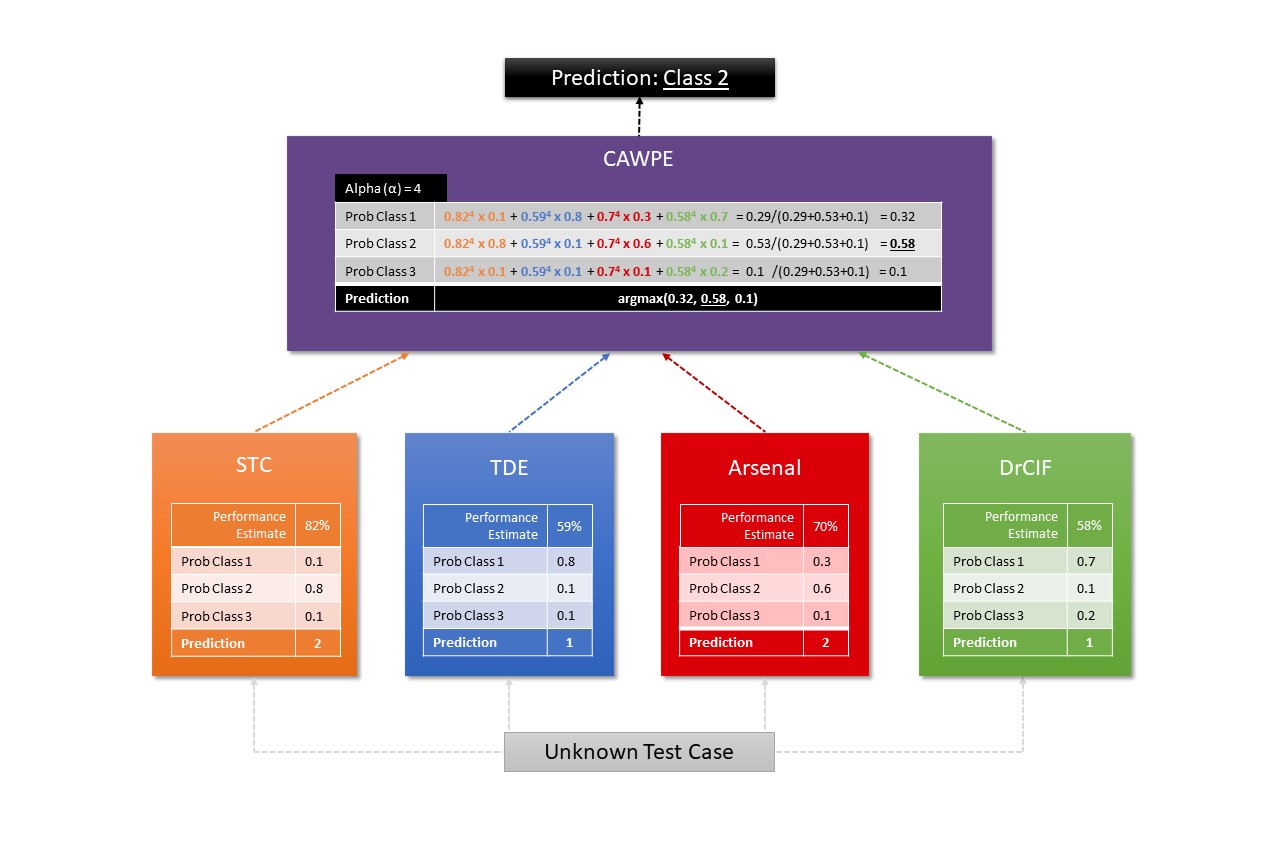